Before we dive in, two things you should know about me. I believe in creation science, the more I learn (and the longer I live); the more I do not believe evolution could be more then an idea. Maybe we will move on to that topic on another day … But for now, the first thing you need to know about me is that I believe that God created the earth, plants, animals, fish, birds and people – in six days. Second, I do believe that we are not to live blindly. So, if I am going to teach asana (the postures of yoga), then I need to be able to discern and educate others in regards to what ideas align with my faith in Christ, and what does not. Hence, this very long post.

Alright. Now if you are still with me, let’s move on. Sanskrit is an ancient Indic language that is the language of Hinduism and the Vedas and is the classical literary language of India. It is also the language often used to describe different postures when you visit a yoga class.

For today, I’m going to narrow the topic down to the chakras, and what you really need to know about these  popular wheels of energy. If you are believer in Christ, who practices yoga under teachers who do not share a faith in Christ, it doesn’t mean you need to stay away from their classes, it just means you need wisdom and discernment in what philosophy they might be teaching.

When translated, chakras refer to a wheel or a disk, and signifies a spinning energy center within our body. Depending upon your source, some believe that the human body has over twenty chakras, and some as few as three. Most of the time, if you have heard talk of the chakras, the number mentioned was probably seven.These seven run along the vertical line within the torso of the body (think around the spinal cord-ish).

The seven are as follows:

If you notice, each Sanskrit word, when translated, tells you the location of that particular chakra. What is even better then that a little bit of knowledge is that each of these seven charkas are at locations of the powerful glands that comprise our endocrine system.

Now for a bit of science. The endocrine system is a network of glands which both produce and secrete hormones directly into our bloodstream. In other words, these tiny glands work together and with the nervous system to help keep balance within our bodies. Remember homeostasis? Our bodies are constantly striving for stability and balance within itself. If you ever have heard the story of creation, you may remember that when God created the world, and humans, they were perfect. Designed not to die. The original bodies were perfect – then entered sin into the world, and death became something that would be a part of life, since then our bodies have been striving to find perfect again. So, if even one, tiny gland produces too much or too little of a hormone, then the body can move into a state of disruption, impairing function of the body systems. (Think hyper or hypothyroid issues, diabetes, fight or flight: all are related back to your hormones.)

Chakras are not the glands of the endocrine system, rather they are balls of conscious energy that interact with our endocrine and nervous system. They are not described as physical, instead they are thought to be part of our consciousness.

Chakras are energy. Genesis 2:7 (ESV) states “then the LORD God formed the man of dust from the ground and breathed into his nostrils the breath of life, and the man became a living creature.” God’s breath brought man to life. We are full of energy. God created us that way. Remember, He created us perfectly, in the beginning there was no sin. There is nothing wrong with energy. There is also nothing wrong with understanding our endocrine system. God’s work is amazing. Spend a few minutes learning the importance of how our parasympathetic and sympathetic nervous system help our bodies work for our good, or at times,against us—and God will only get more incredible.

What is wrong, is when that study of energy becomes greater then our desire to know God. So, as far as the Chakras go: these balls of energy were brought into the limelight in India, within Hinduism. Hinduism is not yoga. However, parts of the yogic community share similar beliefs with Hinduism and believe that the universe is identical to divinity (the Creator is the mind or soul of the universe).

The Bible teaches that God is omnipresent. God’s presence is everywhere—He created the universe—He isn’t the universe. God is greater then the wheels of energy that affect my endocrine and nervous system. He created them. He is God. He is who we are to desire to know, more then if our root chakra is more open then our throat chakra. So, if mudras (special hand positions) are taught in class, or Sanskrit sounds are introduced. Before you take part-find out what they represent.

For example: Om (or Aum) is a Sankrit sound/symbol often used at the beginning or end of a class. Om represents both the manifest and unmanifest aspects of God within the Hindu faith. I have yet to see God call Himself by Om in the Bible. Therefore, I do not say Om when it has been taught, I say a prayer, or another name I know God uses to describe Himself.

If we have accepted Christ; and follow God the Father, His Son, and His Holy Spirit; and if we give His Holy Spirit room to move and grow within our being – we do not need to walk in fear that other beliefs are bigger then our God. Solomon says in Proverbs 1:7 (ESV) -“that the fear of the Lord is the beginning of knowledge.” If you desire more health, wisdom and boldness—as a believer in Christ—that doesn’t come from the study of the chakras, that comes from knowing God, and putting on His armor (Ephesians 6:10-18). 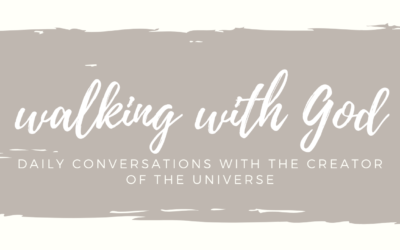 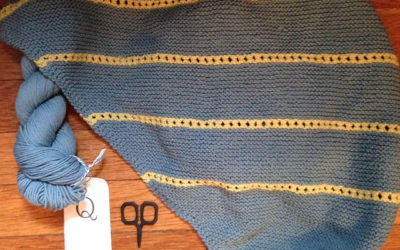 Letting go and creating space for something new. I think most of us have experienced the most interesting of years. With all the newness and awkwardness of what is next, there are some practices (habits) that keep me attempting to keep moving in the right direction....